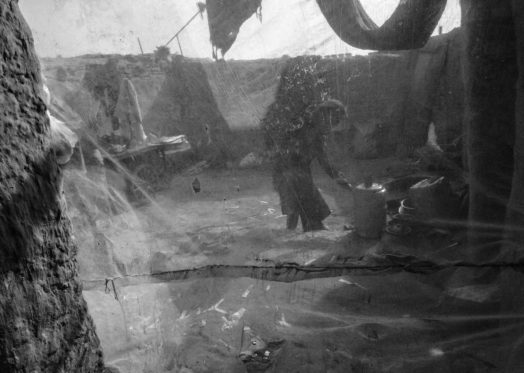 Now it’s the magnetic bombs, homemade devices placed by unknown hands under vehicles. Almost every day in Kabul one explodes, gutting a car, a minivan, a jeep of the Islamic police. Nobody knows who the killers are. Personal vendettas, the inevitable aftermath of a twenty-year civil war? Politically motivated executions? Iskp (the local Islamic State’s branch) generally targets crowded places, mosques, markets, hospitals, to provoke massacres; but it cannot be excluded that it is also using urban guerrilla techniques and targeted killings. Some point to the panjshiri of the ephemeral anti-Taliban resistance, though there is no evidence. There are also those who hint to the usual suspects: agents of foreign powers interested in destabilizing the regime.

But the new rulers have much greater concerns than this: they have no money to run the country. International aid, that made up 75 percent of the state’s budget, has evaporated: banks don’t have cash, prices are rising, ministries can’t pay wages to doctors, nurses, teachers and public employees. As the winter sets in, fuel and food supplies are decreasing, putting millions of poor, unemployed and displaced Afghans in a desperate situation. Hunger and starvation are taking the highest toll among women and children in the city’s rundown hospitals, in remote mountain villages and in the overcrowded suburbs.

Kart-e-Naw is one of the poorest neighborhoods in Kabul. Piles of garbage, fetid drains, stray dogs, dilapidated housing. An old bus has been adapted to serve as a mobile health post: at the back, a clinic with two chairs and a small pharmacy; in the middle, a section for family planning and women’s diseases; in front, the driver’s and cleaner’s cab. “We give information on health and hygiene by going door to door” says Dr. Arzo Azizi. “We have a team that ensures safe and clean home births. But above all, we try to change people’s mentality. Women are having one child after another, they are malnourished, they don’t have enough milk. And the families don’t want the girls to go to school”.

On the way back I see a cluster of dirt and mud-brick hovels. The doors are dirty sheets nailed to the walls, the windows are plastic sheets. Displaced Laghman people who have returned from Pakistani refugee camps live there. I enter the courtyard of a family of ten. There is no water, no light, no toilets. A sick little boy coughs curled up on a mat. Another has had a kidney removed. The father raises 100 afghanis a day (one euro) working where he can: “With what I earn I can only buy some bread and tea” he says. The bukhari stove is turned off: “I have no money for wood. We heat water by burning paper and plastic we find in the garbage”.

By mid-afternoon I rush to my fixer’s wedding. Najib is a 25 years old English speaking journalist with a university background. But he’s also a Pashtun from Paktia and he must comply with the rules: he will marry a girl selected by his family, a distant cousin he only saw once ten years ago. Najib had to leave the girl he was in love with and he went into debt to meet the insane expenses of traditional marriage.

I drive past the former American embassy where Talibans in US Special Forces’ uniforms man the gates and kids make money selling flags of the Islamic Emirate and US Army “Meal Ready to Eat” packs. Then I reach the venue: not one of the lavish wedding halls for the rich but a simple courtyard full of men eating kabuli pulaw and sheep stew. No woman in sight. No music or dancing, forbidden nowdays.

Najib, dressed in new clothes, sits on a broken-down sofa as if on a throne, from which he continually rise to greet the guests: hundreds of relatives, friends, former classmates, acquaintances and neighbors. Hugs and handshakes, selfies and group photos, binge eating on the carpets laid out on the ground. Najib plays his part without fussing, with his mind already set on the nikah, the Islamic wedding, which a mullah will officiate in the evening. Only then will he be able to see the woman chosen to be his partner for life and the mother of his children.

“It’s our law, the pashtunwali” says Najib. “No exceptions are allowed”.