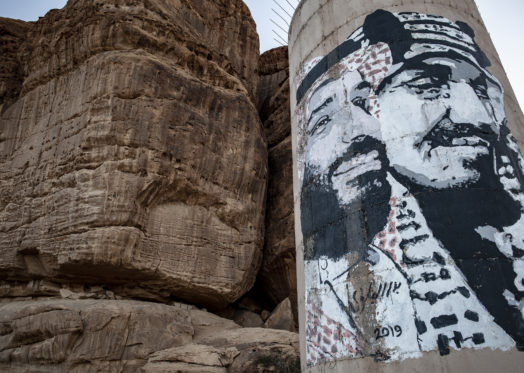 I took a break from the Ukraine war and flew to Saudi Arabia where I haven’t been since Saddam invaded Kuwait in 1990. Much has changed, much has not. As I ventured from Riyadh to Hijaz and the Red Sea coast through wild and spectacular landscapes, I had conflicting feelings. Yes, the digital age has taken over and yes, the desert Kingdom is moving on: foreigners are welcome, women can drive and work, urban girls and boys mix up in coffee shops. But all the menial tasks are still done by Pakistani, Bengali and Filipino immigrants: they are the workforce that will carry out the gigantic technological and tourism development projects launched five years ago by the Crown Prince and de facto ruler Mohammed bin Salman (MBS) to create jobs and diversify the oil-dependent economy.

MBS’s ambitious “Vision 2030” has been welcomed especially by young people calling for reforms and of course by an army of overpaid consultants, engineers, managers, architects from all over the planet. But criticism, albeit muted, is not tolerated. No one dares to challenge the Prince’s plans and even less touch topics such as the war in Yemen, the 2018 murder of the Washington Post columnist Jamal Kashoggi and the brutal crackdown on dissent. A week before my arrival 81 people suspected of terrorism and illegal activities were put to death in a single day mass execution.

The Crown Prince phenomenal rise to power has been fueled from the start by a toxic mix of nationalistic rethoric and autocratic populism: something never seen in the usually balanced network of alliances and family ties that held together the House of Saud for well over a century. In 2017 he inaugurated his reign with a purge that involved arresting royals, ministers and investors accused of corruption and embezzlement of public money. People applauded, flying over the source of the Prince’s wealth. Everybody knows and takes for granted that he owns the country and its oil. No wonder that he lives aboard a half-billion dollars yacht and purchased a French castle dubbed “the world’s most expensive home”.

Time will tell whether MBS’s giga-projects, some still on paper, will work, whether they will be realized in such a mind-boggling scale and whether they’ll bring change for the better. The money (hundreds of billions) is surely there. Costruction sites are flooded by workers. Master-plans are ready: a frenzy of hyper-luxury hotels, Marinas, airports, mega-cities, solar and desalination plants, advanced technologies, visions of maid robots, flying cars and artificial moons. Never mind if 20,000 people of the Huwaitat tribe who fought alongside T. E . Lawrence in the Arab Revolt of 1917 will be forced to relocate.

But if this is the future, then I’ll leave it to the next generations. I am an aging traveler and I claim the right to dream. I can see the caravans coming from the South, resting in the palm groves under the Nabatean tombs of Al Ula. I watch the ruined Turkish forts and the wagons of the Hijaz railway buried in the sand. Fading traces of the past.

I write this note on the coral cliffs of al-Wajh, the Red Sea harbor from where Lawrence set out to conquer Aqaba. I don't know if the jet-set visitors who will soon be disembarking here from their mega-yachts have ever read the Seven Pillars of Wisdom or ever heard of Henry de Monfreid, who sailed along these harsh and windswept reefs trading weapons, pearls and hashish. I don't think they care.