Iran on the brink 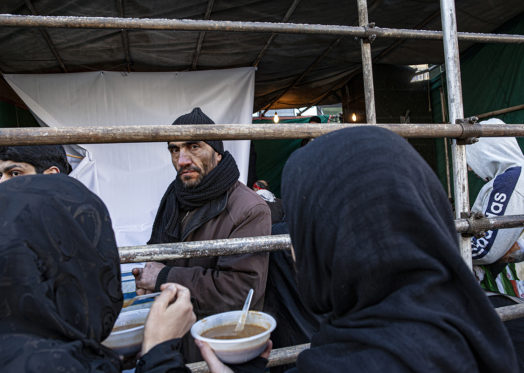 With a blue sky and the snow-covered mountains in the background, it was a perfect day to celebrate the 41st anniversary of the Iranian Revolution. I walked for hours with people chanting slogans, burning american and israeli flags, carrying a fake coffin of Donald Trump, throwing stones at his portrait and mourning the death of the all powerful general Qasem Soleimani, the “living martyr” who was assassinated by a US drone in Baghdad. It looked like a Halloween parade, with singers and performers, colorful banners, military bands, mullahs and Pasdaran, strolling families, Basijis shouting “hard revenge” and dropouts from south Tehran who came to take advantage of the free food: Iranians “from all walks of life”, mantains the state tv. Well, not exactly. Reformists and opposition leaders didn’t join the crowd. The urban progressive middle class didn’t show up. Blue collars as well as liberals remained indoor. The Instagram generation wasn’t there.

Later on I was sitting in a cafe near Fatimi square, chatting with some university students. “None of us went to the rally” said a green eyed girl from Shiraz. “None of us goes to the mosque. And none of us is voting in the elections. We’re fed up with the lies of the regime, with the broken promises, the corrupt politicians, the ayatollahs and their repressive system. We want to go away. There’s no future for us in this country”.

The huge gap between the civil society and the regime is now unbridgeable. And Donald Trump’s “maximum pressure” campaign of relentless sanctions – coupled with the insane ditching of the 2015 nuclear deal – while crippling the Iranian economy and bringing Washington and Tehran on the brink of war, is playing in the hands of the regime’s hardliners: they are now posed to win the elections for the parliament and the Assembly of Experts, the body which will chose the next Rahbar-e-Enghelab, the Supreme Leader, to succeed the ailing 80 years old Ali Khamenei.

The US embargo is affecting the lives of millions in Iran. Food and housing prices are skyrocketting and tourism is down. But after four decades of sanctions Iran has learned how to survive. Oil and gas exports are reduced but still find a way to reach customers in China and Turkey. Local factories are refineries are increasing the production for the internal consumption and a consolidated smuggling network provides a steady flow of supplies: spare parts, electronic goods, household appliances, cosmetics and drugs are easily obtained at the Bazaar. Luxury items from Dubai are on sale in the up-market malls of north Tehran.

If any change is forseeable in the Islamic Republic, it will come from inside. Not from the economic and military bullying that seems to be the only tool of the current US administration.