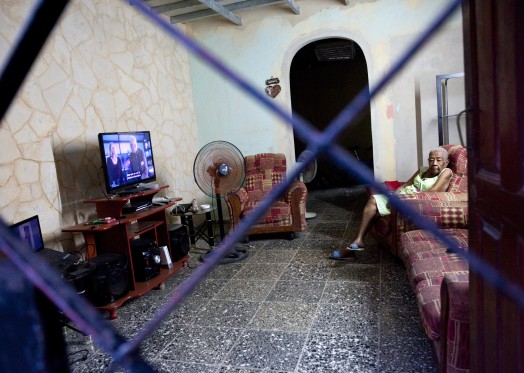 A somber mood shrouds Habana while Fidel’s ashes are buried under a stone in Santiago de Cuba. Most bars are closed, streets are unusually quiet and people gather to watch the tv: old black and white footage of the Comandante en jefe resting after a battle at a Sierra Maestra hideout, Che Guevara and Camilo Cienfuegos entering Habana on January 8th 1959, their jeep surrounded by cheering crowds, Fidel blasting at the US after the Bay of Pigs, smoking a cigar, touring a sugar cane plant, visiting a hospital. Old folks are truly sad. Some are crying: “You have no idea how miserable were our lives before the Revolution. Now our children go to school, even at university!” Youngs don’t really care that much, but show respect for the only leader they’ve ever known. Althogh he stepped down from official duties after a serious illness in 2006, Fidel was still a commanding presence on the island. And despite his many faults (the mismanaged economy, the suppression of dissent) even his critics acknowledge the Revolution’s achievements: free education, free health care, security in the streets.

Now Cuba must move on, implement long awaited reforms, revitalize the agriculture and the crumbling industrial sector, change the political course, allow free speech, and much more. But it’s worth to remember that for nearly sixty years the small Caribbean island has been confronted, embargoed and aggressed by the world’s mightest superpower. And yet Cuba stands up among the third world countries for its social accomplishments. There are no street children sleeping on the sidewalks and sniffing glue in Habana. There are no babies dying of malaria or diarrhoea. There are no child-soldiers in the hills. There are no kids kidnapped or shot dead.