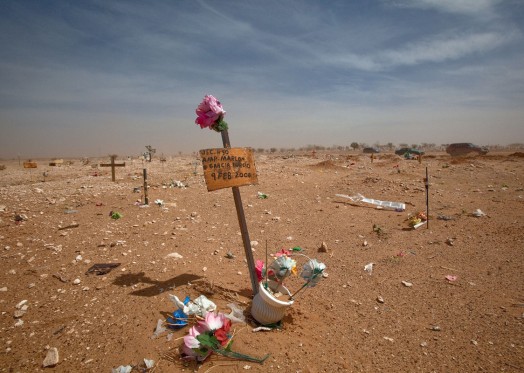 Ciudad Juárez, Mexico, April 5, 2011. Lomas de Poleo is where they dump corpses: young pretty girls from the countryside who work at the local maquiladoras, foreign owned assembly factories where they get 5 dollars a day; they are stalked, taken, raped, tortured, mutilated, killed and dumped in places like Lomas de Poleo. In absolute impunity. Nobody will be arrested. The police doesn’t care. The press will barely mention the case, or some journalist will be silenced with a bullet, or desappear and his head will be found on the street. So the mothers set up pink crosses in memory of their loved ones, and carry on. In Juárez you see the pink crosses everywhere.