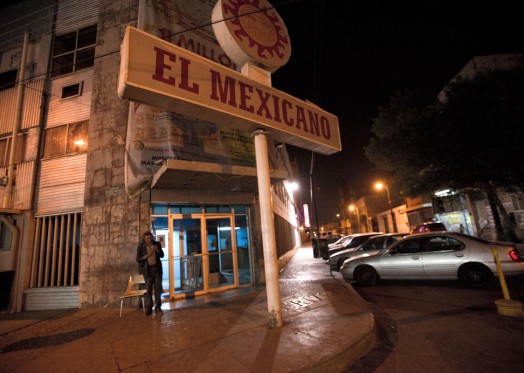 Ciudad Juárez, Mexico, April 1, 2011. I fly into the murder city in the late afternoon, windy and dry: glimpses of the desert and the fence along the Rio Bravo, a huge white painted sign on the hill saying “Read the Bible” and there is Miguel the reporter for El Mexicano waiting for me on the sidewalk. Hola qué pasa? Where to? Get into his old black Volkswagen and we are off speeding to the fifth corpse of the day: a young guy named José who was running for his life across the railway lines but he was already dead when he saw the sicarios coming from the alley. The body is there, sorrounded by heavily armed Delta group policemen and he has 11 bullets in his chest. They called him El Pequeño, the Little one. Children from the barrio come to see the bloody scene. And they are used to it. Meanwhile we hear at the radio that a night spot, El Castillo, was torched and in the mayhem ten people were gunned down: AK-47, Cuerno de chivo.