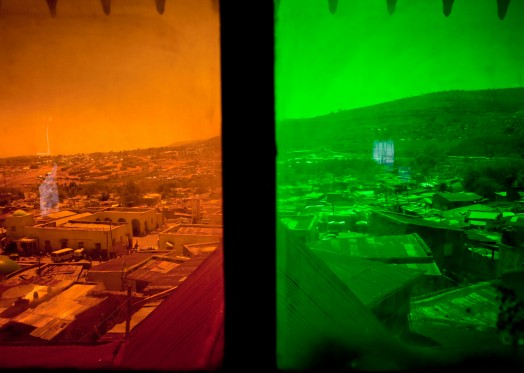 Nearly nothing is left. The little house in Faras Magala square where he spent his last days is gone. The Arthur Rimbaud museum, hosted in a grand Indian merchant’s mansion, just shows a couple of his grainy photos among other century-old images. And young folks take the poet for Sylvester Stallone’s “Rambo”. Yet the ancient fortified city of Harar, one of the oldest Islamic centers in East Africa, hasn’t changed much. Taylors are bent over sewing machines on Makina Girgir street – “makina” being inherited from the short-lived Italian colonisation of the 1930s, and “girgir” from the whirring of the antiquated Singers. At the Erer gate women carrying heavy weights on their heads stop to buy grain at the teff mill to make injera flatbread, while spice and coffee sellers hurry to the market. Rimbaud came through this gate when he entered the “forbidden city” in 1880 to shelter his wandering soul. He became a trader, shipping coffee, ivory, guns and slaves to the Red Sea ports on the Somali coast and to the Abyssinian kings. He got addicted to khat and lived with Mariam, a Christian girl from the Shoa. He explored on horseback the wild Ogaden desert and went along with the caravans on the Ethiopian plateau. He stopped writing poetry. He found freedom, some peace of mind, and was all he was dreaming of. Until he finally surrendered to his destiny and left Harar “on a stretcher covered by a tent”. When in the summer of 1891 he finally reached France, his cancerous leg had to be amputated: he wanted to go back to Harar, but died a few months later at the age of 37.

Not much has really changed in the Horn of Africa from Rimbaud’s times…The war is raging in Yemen and Somalia. Pirates roam the sea. Arms trafficking is booming. Khat is still the big business. And migrants, the new slaves, run for their life on the old caravans’ trails.